The Power of Wise Decision-Making 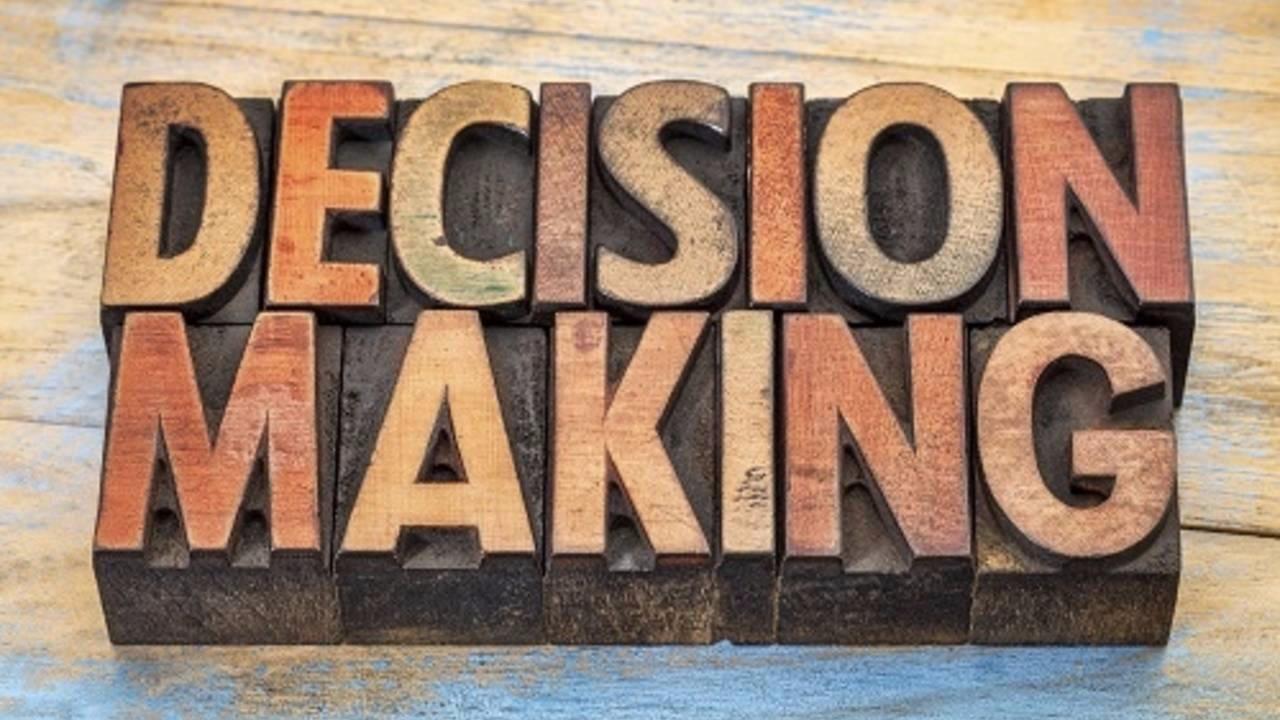 One evening when my youngest daughter was five-years-old she asked me if she could go outside and play. I told her, “No, it’s too dark out.” She defiantly replied, “I’m going to go outside anyhow.” I then replied that she could choose to go outside without my permission, but if she did she would suffer the consequence of being sent to bed early. After giving her options some thought, she stated, “I’m not going outside because it’s just too dark.”

In that moment, I enjoyed watching Kathryn exercising good judgment and wisdom for someone so young. She had considered the facts – that her Dad had a habit of following through on what he said, and that going to bed early would make her miss her favorite TV show and her bedtime snack. Weighing these harsh realities against what would happen if she made the right choice brought her to the conclusion that it was in her best interest to do the right thing.

For most of us, once we grow up going to bed early is no longer a punishment, but exercising the power of wise decision-making still promises to impact your life in positive ways.

The opposite is also true because at times the pain and suffering experienced by many people does not come from uncontrollable circumstances but rather from hasty, thoughtless, reckless and unwise decisions. When we respond to life impulsively, impatiently or in a way we think will bring instant satisfaction and pleasure we are likely to make choices that will bring about long-term negative consequences.

In order to make wise decisions stop and think first and count the costs. Learn from your mistakes. As it is said, “Good decisions come from experience. Experience comes from bad decisions.” Look ahead and ask how this decision or course of action will likely impact you down the road. Next, seek wise counsel from people you trust. Sometimes it takes someone else’s perspective to see pitfalls or potential alternatives. Third, pay attention to logic and reason, but be willing to trust your gut. If something doesn’t feel right, there is a very good chance it isn’t. If you’re telling yourself, “I really shouldn’t … ” then don’t let someone talk you into it. When you ignore those inner warnings too many times you will continue making more and more bad decisions.

The bottom line is this: to a great extent, the quality of the life you now live is the sum total of all the decisions you have made. Greek Philosopher Pythagoras (570-495 BC) said it well: “Choices are the hinges of destiny.” Use the power of wise decision-making to ensure a better future for yourself and the people in your life.