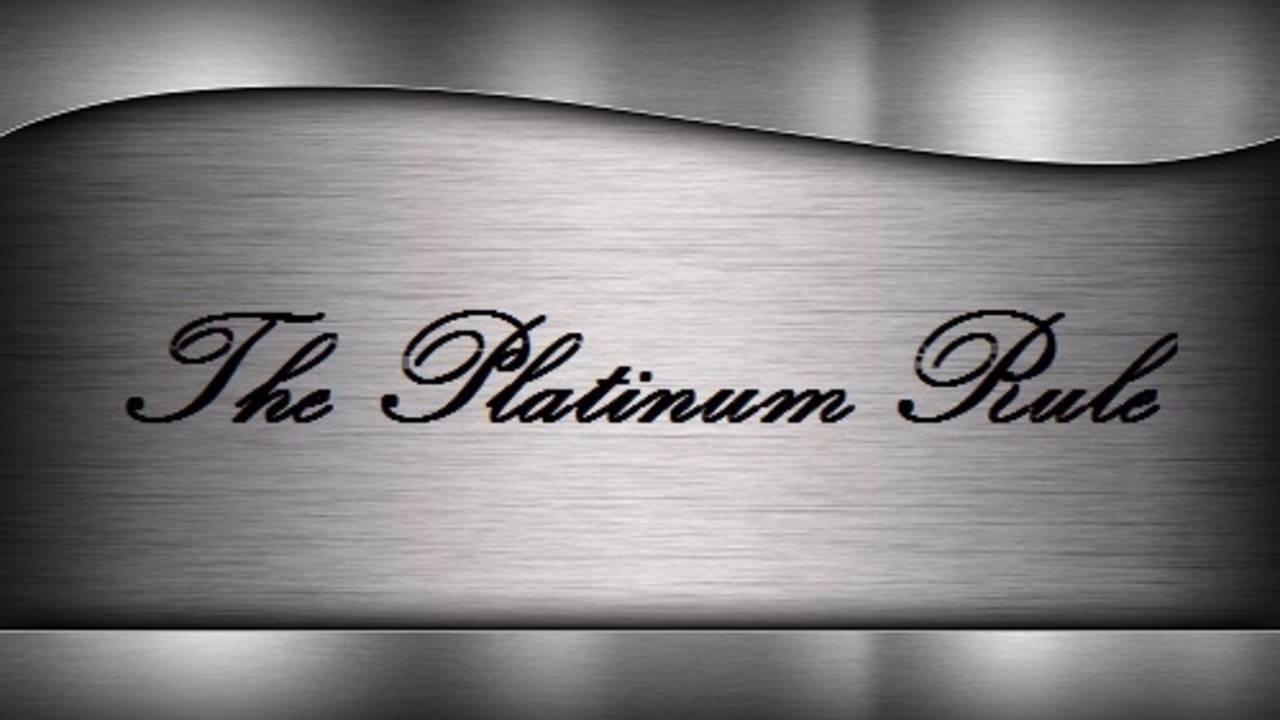 We have all heard the Golden Rule: Do unto others as you would have them do unto you. In other words, think about how you would like to be treated and extend that same treatment to others. No one can argue with the effectiveness of that rule, but I’d like to encourage you to become familiar with and apply what is referred to as the Platinum Rule.

Here’s the Platinum Rule: Do unto others as you know they would have you do unto them. The difference between the two rules is subtle, but it could help you build stronger relationships because it customizes the way we treat others to their preferences, not ours.

Let’s look at an example. If you want others to treat you with respect, then it is only right and appropriate for you to be respectful to others. But what does that look like? To you, respect might be giving someone time and space after a heated argument to cool off and be left alone to process their thoughts and emotions before trying again to resolve the issue. Since you value that, the Golden Rule leads you to extend that same courtesy to others. You try to hold off on discussing the emotionally charged topic thinking you are being respectful. But what if your spouse has a very different temperament from yours? What if s/he feels most respected when you are willing to engage the issue head on and talk things out until the conflict is resolved? The Platinum Rule would then suggest you do your best to not postpone addressing an emotionally charged topic, but rather stay appropriately engaged until the issue is resolved or until there is mutual agreement that a “time out” is needed. In other words, to apply the Platinum Rules means putting what the other person wants over what you would want in the same situation.

The key is to know your spouse by observing them and asking questions that will help you to understand each other’s differences as well as wants and needs. As we have come to learn, marriage does not automatically include the power of mind-reading. So talk about your differences, preferences, fears, motivations, desires, etc. until greater understanding is achieved. Very often, the things we do that irritate or hurt one another are simply unintentional violations of something that’s important to one partner even if it doesn’t bother the other. If you commit to living by the Platinum Rule, you’ll invest the time and effort necessary to talk about and understand the differences that exist between you and your spouse in the most important domains of life, e.g., communication, decision making, finances, sex, etc. The goal is to know what makes your spouse feel honored, loved and respected and intentionally treat them the way that fits their specific needs and desires.

We have been talking about the Platinum Rule in the context of marriage, but the principle is universal and can be applied to every relationship in your life. Think of how much more smoothly your workplace would run if everyone cared enough about teamwork to understand each other and interact in a way that makes each team member feel valued and understood. Numerous studies have shown that workers are more motivated and loyal when they are treated in a way that communicates respect and appreciation to them. It’s often more important to most employees than the amount they get paid!

So, begin today to live by the Platinum Rule, and you’ll improve all your relationships.