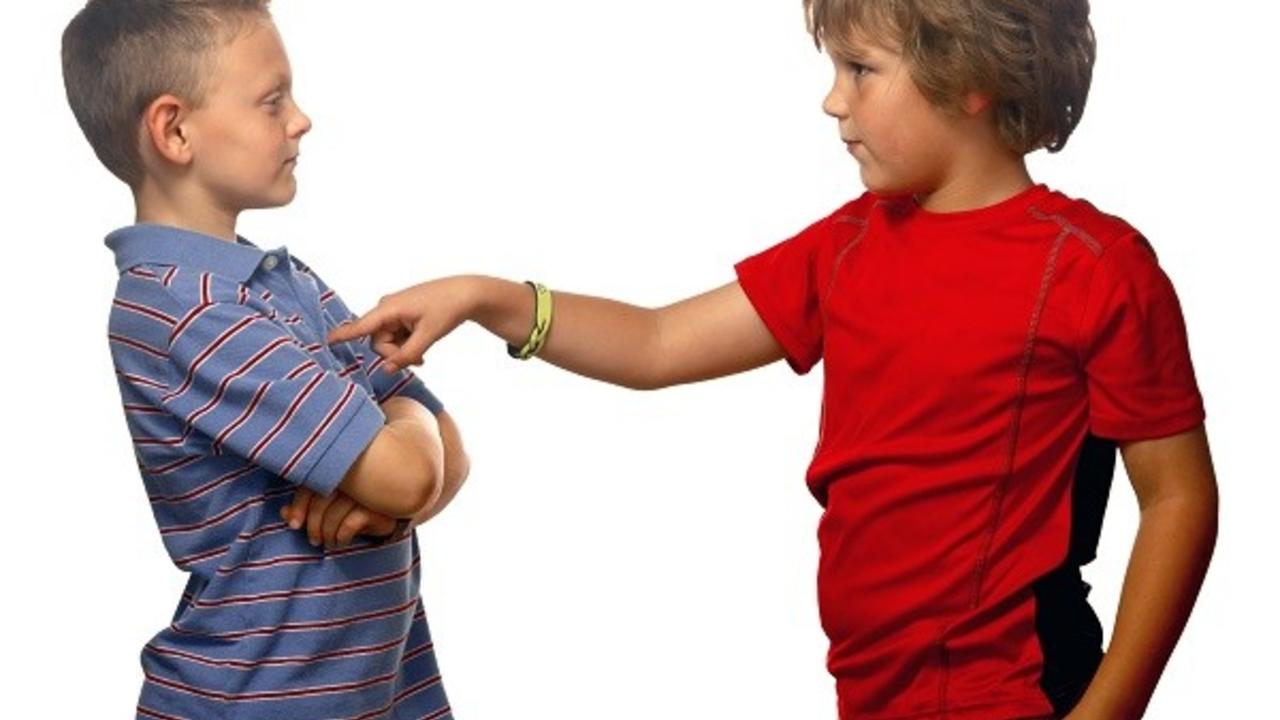 Other predisposing factors include a strong desire for attention, immaturity, a lack of popularity among peers and a dislike for school. Some appear to have a lot of friends, but many of the kids who hang around them do so out of fear.

A University of Chicago study of childhood bullies found that by age 30, one in four had a criminal record, compared to 5% of the non-bullies. They also concluded that many grow into men who abuse their wives and children. These findings underscore the importance of early intervention when tendencies appear.

Here are some specific steps you can take if your son (or daughter) is involved in bullying behavior.

Take it seriously. Don’t minimize or rationalize your child’s behavior. It can be painful to hear that he’s mistreating other children, but acknowledging and accepting the truth is the start of helping him develop successful coping skills.

Listen to your child’s thoughts and feelings. Ask open-ended questions such as, “How do you feel about yourself?” “How do you get along with kids at school?” “What do you think about being considered a bully?” This type of dialogue will help your child process his thoughts, behaviors and feelings in a more constructive manner.

Respond with love and understanding. Without being critical, harsh or punitive, clearly communicate that bullying is never acceptable and will not be tolerated.

Look for underlying causes of your child’s behavior. Kids who pick on others have often been the brunt of attacks themselves. They may struggle with low self-esteem, immaturity or anger. They may hang around kids they perceive as strong or powerful, trying to gain their acceptance.

Work on empathy. Bullies tend to have poor social skills and lack the ability to put themselves in another person’s situation or identify with their feelings. Teach your child to be kind, caring, and compassionate, and you’ll influence his relationships for a lifetime.

Consult with your child’s teacher. Plan how you can work together to help him interact positively with classmates.

Monitor your home environment. Your child needs to feel respected, appreciated, and valued in his home. Try to reduce anger, aggression or violence associated with family conflict, electronic games, television and movies. You may need to work with a counselor who can help you modify unhealthy interactions.

Teach them to accept differences. Teach your child to accept, respect and be kind to children who are different from them in race, religion, appearance, special needs, gender, economic status, etc. Emphasize that everyone has the same rights and feelings and deserves fair treatment.

Set limits and boundaries. Clearly define the type of violent, mean or aggressive behavior that won’t be tolerated and intervene quickly if it occurs. Be ready and willing to take appropriate disciplinary action.

Acknowledge success. Your child needs positive feedback and affirmation for appropriate behavior. Remember, whatever is reinforced is more likely to be repeated.

Your child needs to know that you love him/her too much to let them continue in negative behavior. I came across an interesting translation of a proverb in The Message:  A refusal to correct is a refusal to love; love your children by disciplining them. (Proverbs 23: 13-14) As your child learns to consider the feelings of others, he’ll enjoy better friendships and ultimately, earn more respect and admiration among his peers at school and beyond.  When the need for those things is met, the behavior should improve.

How to Guarantee Fewer Problems in Your Life
Help! My Child is a Bully
The Secret to Aging Well
Close