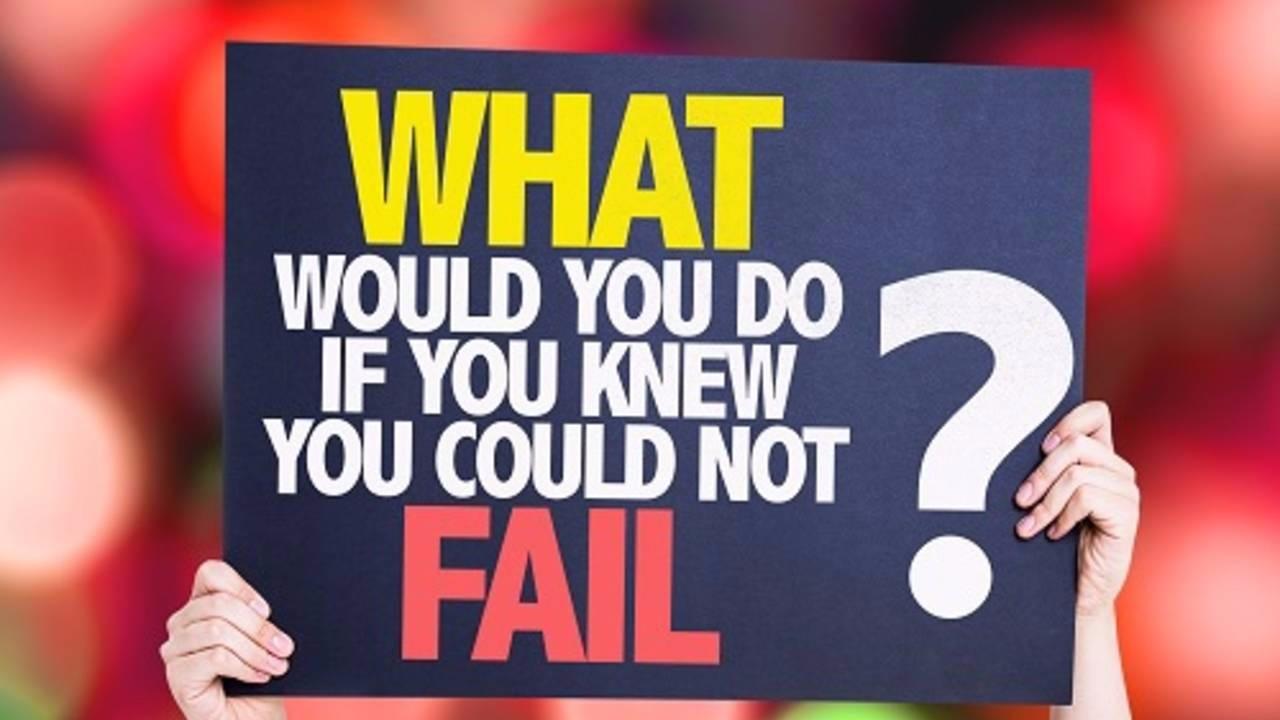 I talk to people every day who tell me that they don’t know how to overcome their fear of failure.  Because of their fear they often quit a project before finishing or they don’t even bother to start.

What if I told you that failure doesn’t exist? Would it make a difference in how you approach things in life?

Dr. Richard Varlinsky, in his article, Taming the “Fear of Failure” Monster, states that every time you put forth some form of action there are two possible outcomes:

Thomas Edison is a great example of this truth.  When he finally invented a light bulb that worked he was asked, “Mr. Edison, how does it feel to have thousands of failures in a row?”  His answer to the question reflects great insight and truth.  “I do not have any failures.  I learned thousands of ways not to make a light bulb.”

When Mr. Edison didn’t experience the outcome he wanted he learned from the experience and engaged in a different action until he reached his goal.  People don’t fail as much as they quit trying to achieve desirable outcomes.

When I was a kid and didn’t want to do something I was told to do I would say, “I can’t do it.”  My mother would predictably respond by saying, “I can’t never tried.”  Most of the time, she was right – I didn’t even try.  However, there were other times when I did try, I just didn’t try enough.  I usually made a half-hearted effort or just gave up like many of you have.

Instead of allowing yourself to be controlled by the fear of failure change your perception.  Tell yourself that if after making an effort you don’t like the outcome you can always take different action until you get the result you want.

Think about it – if everyone quit trying when they didn’t achieve the outcomes they desired we wouldn’t have the technology that allows us to read this blog post and we would likely still be sitting in the dark!