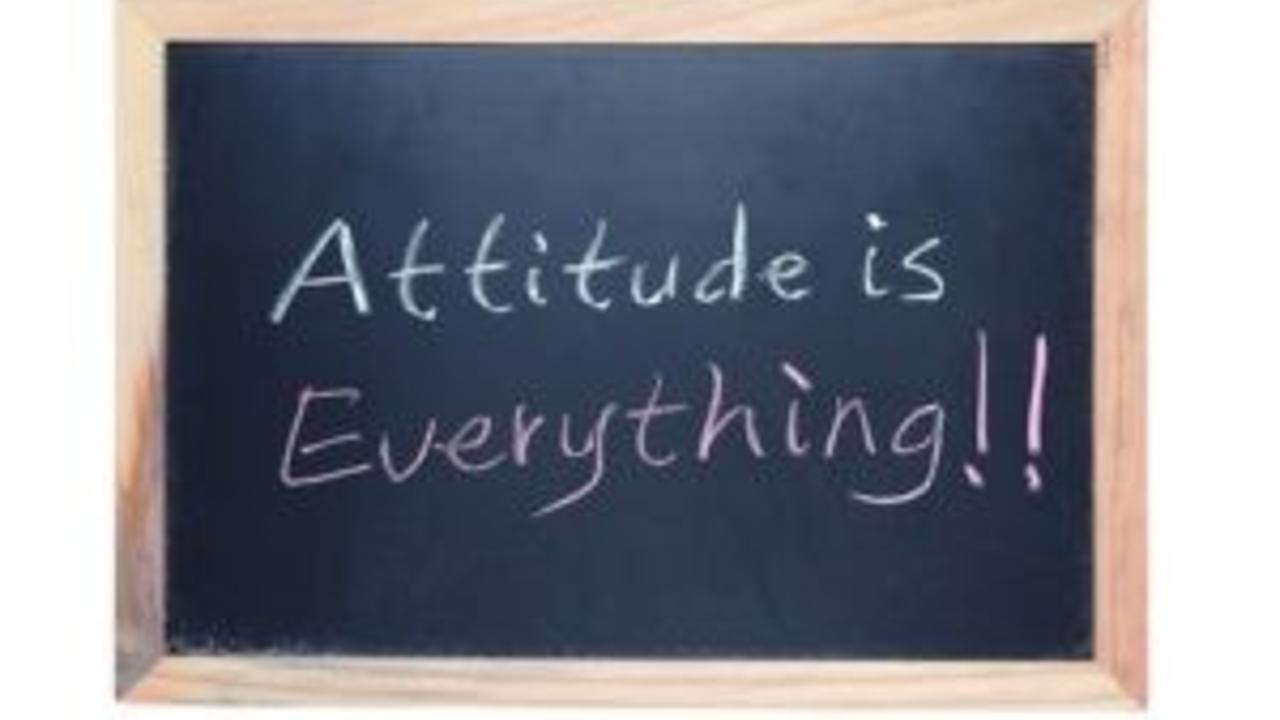 I am so pleased that my good friend and colleague, David Towne, accepted my invitation to write today's blog post on the incredibly important topic of Attitude.  In addition to being a highly gifted educator, communicator and professional development guru, David is also one of the most relational people I have ever met.  His ability to make genuine personal connections with people of all ages is remarkable, and I know you will enjoy his thoughts and insights.  Please take a moment to share your comments on the role attitude has played in your own life.

Right after I completed my Masters in Teaching degree from Seattle University in 1991 my wife threw a surprise graduation party for me. Even though I am not a big surprise party type of guy, it was a joy to celebrate with family and friends. One of the gifts I received that day was a poster of a monkey on a bike with the caption saying “Attitude is Everything”. After 25 years, that poster is still framed and hanging in my workspace. I named the monkey “Freddy” and have been caught talking to him on many occasions, which often concerns those who witness me conversing with a poster on the wall!

Through the years, I have discovered that Freddy is right. Our attitude is a huge part of our success as we deal with the challenges of our day. In fact, attitude impacts the way we look at people and our world around us. There are two specifics that I have been working on this past month that have impacted not only my attitude but the attitude of those around me. Those two areas are humor and a simple greeting.

As the new Director for Professional Development at Leman Academy of Excellence, I have been helping with the traffic flow during morning drop off and afternoon pick up. With a school of almost a 1000 scholars, drop off and pick up can often look like a Los Angeles freeway at rush hour! At first, I was grumbling about doing it. It was not in my job description, people seemed annoyed with my presence, and it is stinkin’ hot in Tucson in August!

One afternoon I came in from car duty with sweat running down my back, my undershirt wet, and my attitude was poor to say the least. I began talking to Freddy. Something needed to change and I knew it had to be my attitude. At that moment, I decided I was going to wave, smile, and really look at each person in the car. I also decided I was going to wear a fun, crazy hat on Fridays to spice things up a bit.

It has been over two weeks since my conversation with my pretend monkey friend and a new world has opened up to me due to the switch in my attitude. People are waving back. Kids are hanging out of the cars greeting me. Parents are smiling. My hat has brought novelty and fun to the families. Moms are rolling down their windows and thanking me. Dads are giving me thumbs up signs. I was gone one day and the next day, many told me they missed me. I even had a dear mother hand me a gift card from Starbucks on Friday thanking me for making their day brighter.

What can you do today that will involve changing your attitude at work? At home? With a neighbor? Be like Freddy and watch how that will not only change you but also those around you!